Why Do We Want High Speed Rail? 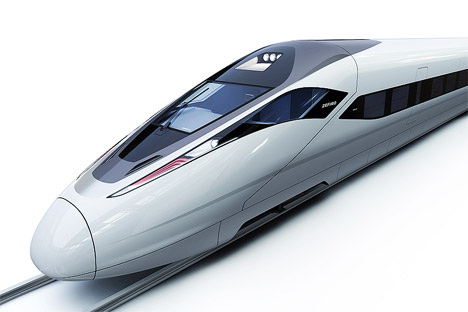 America’s passenger rail system is a joke. Amtrak has consumed enormous subsidies with negligible economic impact on the nation and this administration wants to up the ante with even bigger subsidies for high speed rail.

However, America’s freight railroad industry is the envy of the world. The average horsepower has increased by nearly three quarters while the fuel efficiency increased by nearly 40% in the past twenty years. US railroads have been investing billions in improved tracks, bridges and intermodal (trains-trucks-ships) capacity.

A recent The Economist, an article, High-Speed Railroading, brought to my attention that America’s freight railroads are the world’s best. Sadly, the Obama administration’s love for high-speed passenger trains are likely to ruin this industry and its well-deserved reputation. America’s rail-freight rates are the lowest among the supposed greatest rail nations and regions, such as Europe. Comparing rail-freight rates at purchasing-power parity, India, Russia, and China are also beaten by US rail-freight rates.

Now, the article goes on to show that because passenger traffic is uncommon in America compared to these other places that already have high-speed passenger trains, the US freight trains travel relatively uninterrupted. High speed passenger trains force the slower and longer freight trains to idle on sidings as they fly by. Idling uses more fuel and the constant starting and stopping increase the wear and tear on the brakes and engine which in turn increases costs. This reduces competitiveness of the freight railroad which moves more traffic onto the less-fuel efficient trucks. The freight trains now take longer to the get to their destinations, reducing the overall capacity per month of the freight system.

Here are a few myths about the advantages of high speed passenger rail:

With the plan to create high-speed passenger trains and then to force them onto the privately owned freight tracks, can only result in higher freight costs, lower transportation productivity and fewer advantages for our economy. The consumer demand for rail traffic is non-existent since consumers would rather get to their destinations faster or more flexibly by driving or flying.

Now tell me, why do we want high speed trains again?