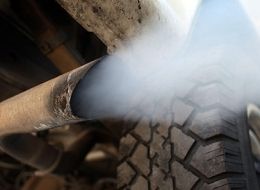 Is the next import from China going to be the smog police?

According to The Smog Squad of Honk Kong Has Truckers on the Run, (sub required) published in the Wall Street Journal on June 5th, 2010, Hong Kong is attacking its smog problems with certified volunteer smog spotters.

To report a vehicle with suspicious, a watcher must estimate a rating of emissions and record the license plate, axle count, type, color, and location of the offender and offense. These spotters have gone through extensive training and have to pass a lengthy and challenging test to be able to get certified – for no pay. They are volunteers from any possible walk of life and offer a wide array of possible motives to why they decided to attack this issue.

It’s not clear that human detection of emission criminals works for any but the most serious of offenders. After all, so many factors govern the actual exhaust of engines including fuel quality, ambient air temperature, engine temperature, relative humidity, gear, engine load that the factors affecting visual detection of exhaust gas, including presence of wind, time of day, sunlight, reflectivity of nearby surfaces are easily overwhelmed. In all but the most blatant cases, the visual detection of exhaust gas doesn’t work.

The puff of smoke when changing gears or pulling away from a dead stop may instantaneously exceed the limits, but when averaged over a 10-mile highway trip, average vehicle exhaust emissions is often well below the legal limit.

Unlike cops with radar-guns reporting your speed, the visual inspection of exhaust is not a reliable measurement, regardless of the training that smog spotters might actually undergo. Having teams of eco-nazis to report on citizens’ abuse of the air is probably more easily accepted in a densely populated society with air quality issues like Hong Kong, but it could be met with serious public opposition here in the United States. Nevertheless, it is still pretty ineffective given the millions of cars on the road and the low probability of a spotter being behind the vehicle.

Besides, people just don’t like the anonymous aspects of robo-radars which generate speeding tickets you get in the mail a week later. They certainly wouldn’t like the eco-laser which could do the same except for over-exhausters.

The Texas Commission on Environmental Quality addressed this issue with the Smoking Vehicle Program. Citizens call a hotline or use online forms to report smoking vehicles. The agency then sends official notices to the owner of the subject vehicle with a request to voluntarily fix the problem.

Vehicles have to be safetied and inspected every so often. Maybe, that would be the best time to check the emissions while also checking the blinkers and brake lights. Of course, the mechanics doing the safety would need to have emission inspection equipment, and the price for safeties would therefore have to go up. The mechanic would also have to have the means to get the engine into compliance, spelling opportunity for them.